by Guiomar in Innovation 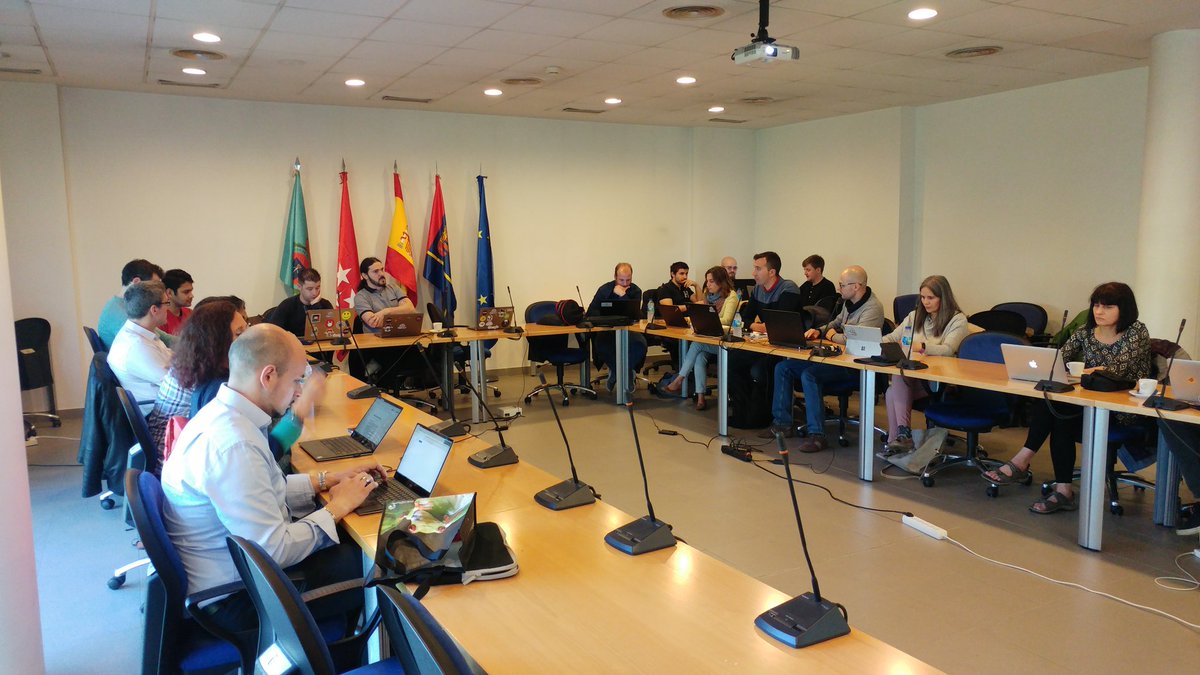 On May 3 and 4, the consortium that compose the European project H2020 ElasTest, met in Madrid, on the Campus of Móstoles of the Rey Juan Carlos University. In this meeting, which cames nearly in middle of the project, the ElasTest Release 4 has been presented. And for the second time in a row, all the components that are part of the ElasTest platform have been shown. These demos have allowed us to assess the level of maturity of the different components and plan the tasks for the next 4 months, especially to prepare the first review of the project by the European Commission that will take place on July 18 in Brussels.

On the second day of the meeting, some technical issues were discussed, such as the enormous memory requirements of ElasTest and some possible strategies to reduce them, security management among all platform services, or advances in automatic case generation and test and orchestration of tests. The latter research led by the Code group of the URJC.

This year will bring important milestones for the project and its members. In the first place, a new beta version will be released shortly, which includes several improvements and a greater stability of the platform in general. Secondly, in July the first revision of the project will take place, where three external experts appointed by the European Commission will evaluate the scope achieved so far. Finally, the consortium will be participating in two very important events: ICSE, the largest international conference on Software Engineering, where the beta will be released in the coming days, and in June Francisco Gortázar, project coordinator, will present the same before the Italian chapter of the ISQTB (International Software Tester Qualification Board), which attracts quality assurance professionals from all over Italy. This will be an important meeting point between the ElasTest research project and the industry that will align the project with the needs of professionals in the next year and a half.

Before closing the meeting on Friday, the consortium decided to hold the next physical meeting in Barcelona, on September 27 and 28.

This website uses cookies to improve your experience while you navigate through the website. Out of these cookies, the cookies that are categorized as necessary are stored on your browser as they are essential for the working of basic functionalities of the website. We also use third-party cookies that help us analyze and understand how you use this website. These cookies will be stored in your browser only with your consent. You also have the option to opt-out of these cookies. But opting out of some of these cookies may have an effect on your browsing experience.
Necessary Always Enabled
Necessary cookies are absolutely essential for the website to function properly. This category only includes cookies that ensures basic functionalities and security features of the website. These cookies do not store any personal information.
Non-necessary
Any cookies that may not be particularly necessary for the website to function and is used specifically to collect user personal data via analytics, ads, other embedded contents are termed as non-necessary cookies. It is mandatory to procure user consent prior to running these cookies on your website.
SAVE & ACCEPT